You know how sometimes you hear something new and all of a sudden, all you notice and hear for the next weeks is different versions of the same message from the most random sources and places? And after a while you finally start to wonder if the universe is trying to whack you in the head with an important message?

Well, that happens to me often and it isn’t always that random. What usually happens, is soon after I identify an area of growth in my life, the universe conspires to make sure I have all the practice in the world to move through it.

Lately, that area of opportunity has been rethinking my views around success and dismissing-for good- the word hustle from my vocabulary.

I am generally not surprised when I identify things I need to work on in my life. Hustling, however, was not at all on my radar as a potential problem.

I am in all honesty not a fan of hustling anymore as it has gotten me no where in life and I have given up on working so hard and have absolutely nothing to show for it. I like to focus on working smarter not harder.

For as long as I can remember, I’ve been convinced hard work and fierce determination were not only some of my best qualities, but the secret behind achievement. Coming from a long-line of hard-working, successful women in my family, I believed hustling was in my DNA.

It wasn’t until recently that I started to question what it meant to be a hustler and if -buzz or no buzz- this was something I wanted to continue to identify with. It was actually brought to my attention by a friend. All she said was: we don’t hustle, ever. Period. She is someone I not only trust but I also admire personally and professionally. I admit I was a little surprised and didn’t fully agree or understood what she meant right away. I thought, it’s just a cool word to describe hard work, what’s the big deal? But it got me thinking… What is the real meaning behind it and what did that say about my belief systems?

When you do a quick google search, hustle is defined as

1. Force (someone) to move hurriedly or unceremoniously in a specified direction.

2. Obtain by forceful action or persuasion.

Although this has never been how I chose to move through the world, it was very hard for me to imagine being able to achieve or be successful without a sense of urgency and a little bit of force -except I preferred to call it determination. I thought you can’t have one without the other: unless you win the lottery, success needs -at least to some extent- hustle.

As soon as I started to question this idea, I began to notice that all the hustlers I knew, regardless of their success, were also exhausted. Not only that, they were leading lives what were out of sync with the type of life I wanted to build for myself. And I didn’t have to go far to find the trail of negative effects of forceful hurry. I had too, on many occasions, paid the price and had been so burnt-out and unhappy, I had zero energy to do any of the things that filled me up. None of the success and achievement in the world was worth the feeling of not being able to participate in my own life.

That is precisely why I had decided to become an entrepreneur in the first place. I knew I wanted happiness, balance, and I definitely also wanted success. The problem was, as far as I could remember, all of my successes had involved a lot of effort and hard work. Now that I was launching the exciting adventure of entrepreneurship, did I really believe it was possible to succeed without hustle, and without burn-out?

As I started to pay attention, I began to wonder. How many more examples were out there, besides my friend, of success without hustle? What were they doing differently and how could I incorporate that into my life?

The second I became ready, I began to witness men and women I admire succeeding and achieving and making a point of doing it without hustle.

I’m happy to report I found plenty of individuals out there achieving without burnout and living happy, successful lives. These kickass humans not only didn’t glorify hustle, but they seemed to have mastered the art of effort without struggle. As a curious student, I began to take note and model the messages and behaviors I wanted in my life. In that process, I realized a few important things.

Second, most of the individuals who no longer hustle, have been on the other side of the spectrum. They have grown tired of compromising sanity and well-being as a condition to succeed. They are now convinced burnout and unhappiness can be common costs of success, but they don’t have to be.

Third, non-hustlers move through all areas of their lives with a playful attitude. They don’t believe busyness and exhaustion should be worn as badges of honour. Nor that pain is the noblest path towards success. Instead, they believe in effort with lightness, trust and joy.

This brings me to my next discovery. If we talk about trust, we need to talk about letting go. Successful non-hustlers know letting go is not only applicable to spiritual and emotional matters, it is practiced in every area of their lives. For the longest time, I’ve lived by the mantra: focus on the effort, let go of the outcome. When it came to entrepreneurship, however, I wasn’t too keen on letting go and hustling seemed like the safer choice. I didn’t realize that was in total contradiction of my belief systems and more importantly, it wouldn’t work.

Ultimately, we all have the freedom to choose how we want to live our lives and run our businesses. I have made the decision I want to be successful and I want to be happy, and the best way for me to do that is to be like a smooth rock.

I heard a man recently talk about striving to be like a rock in the river. In his hand he had two rocks, one that was perfectly shaped and smooth. The other was rough and full of pointy edges. In the river, water gently moves around the smooth rock and continues to flow with ease. The hard rock, however, is in a constant fight with the river. The sharp edges catch the water constantly, interrupting its flow. Both rock and river struggle.

In life -entrepreneurs or not- we can learn to be like either rock. We will always be responsible for the effort we put into what we want out of life. If we choose to be smooth, however, we can do it with a lot less struggle. And, I am now convinced, that doesn’t need to be mutually exclusive from success. Hustle implies force, like the sharp rock, draining a lot more energy than necessary. Energy that could be best spent innovating, creating, producing, engaging in meaningful partnerships, moving forward.

All of that said, perhaps the most powerful reason of all to avoid hustle is because we want to live happier lives. And aren’t happy people what make businesses thrive?
As a young entrepreneur, I not only strive to be the best boss for myself, I also want to be the best employer. That, I believe, will require a lot of smoothness and achievement with plenty of grace and joy. That leaves zero room for hustle. And that, from now on, is the only way I wish to succeed. 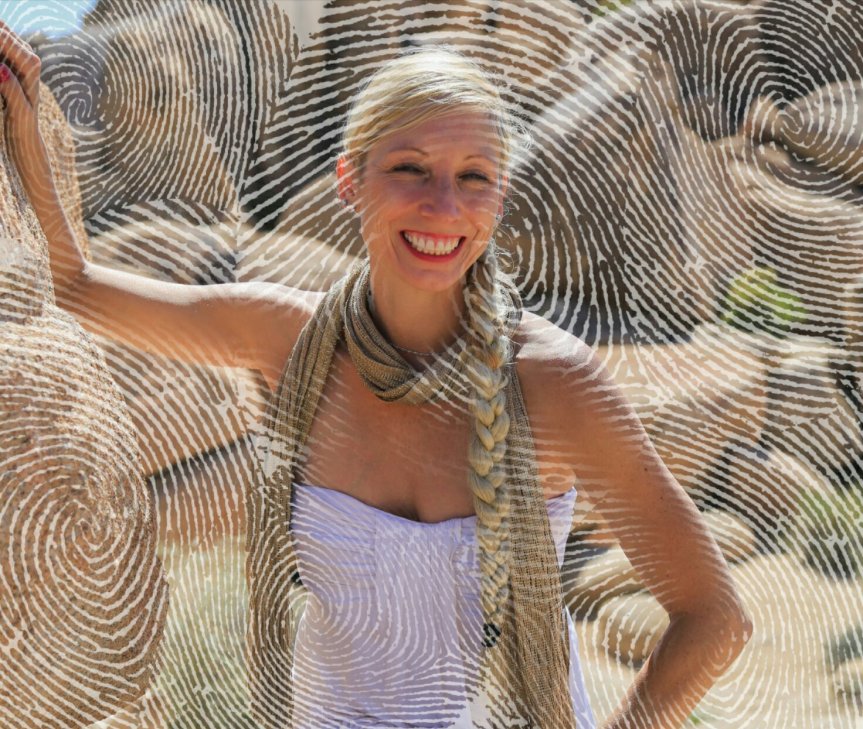