We are slowly beginning to understand that while there may be differences between children with ASD, (Autism Spectrum Disorder) this condition represents significant social, communication and behavioral challenges for children. In a sense, ASD is a single condition with multiple co-occurring problems. These typically include anxiety, attention disorders, and extreme sensory sensitivities. The majority of children with ASD demonstrate developmental concerns well before three years of age.

The term Spectrum is used to define this condition as this reflects the unique manner in which each child can be affected. The term Spectrum also suggests multiple and varied outcomes based on a combination of different symptoms, qualities within the child and, most importantly, experiences at home and in school. The central problem for children with ASD is their inability to interact with and learn about the social world. ASD is truly a social learning disability. Children with ASD have difficulty reading social intention. They have difficulty taking the perspective of others and solving social problems. As such, the day in and day out interaction parents have with children with ASD—whether their symptoms are mild, moderate or severe on a spectrum—makes a significant difference in that child’s life today and into the future.

In Autism Spectrum Disorder research has demonstrated that ASD is best conceptualized as a combination of three core problems: 1) difficulty with socialization and communication; 2) odd interests and behavior; and  3) problems with attention and self-regulation.

Autism is found in every country and region of the world and in families of all racial, ethnic, religious, and economic backgrounds, making up roughly 1 percent of the world population. This wide range points to a need for earlier and more accurate screening for the symptoms of ASD. The earlier the disorder is diagnosed, the sooner the child can be helped through treatment interventions. Pediatricians, family physicians, day-care providers, teachers, and parents may initially dismiss signs of ASD, optimistically thinking the child is just a little slow and will catch up. Although early intervention has a dramatic impact on reducing symptoms and increasing a child’s ability to grow and learn new skills, it is estimated that only 50 percent of children are diagnosed before kindergarten.

Most children with autism have enormous difficulty engaging in everyday human interaction, and even in infancy-the stage in which most babies tend to want to touch and explore other human beings-they keep to themselves and avoid eye contact. They may resist basic forms of affection and may not show anger or pleasure when the parent leaves or returns. Research has suggested that although children with ASD are attached to their parents, their expression of this attachment is difficult to read. To parents, it may seem as if their child is not attached at all. Parents who looked forward to the joys of cuddling, teaching, and playing with their child may feel deeply disappointed by this lack of the expected attachment behavior.

Subtle social cues—whether a smile, or a wink, may have little meaning. To a child who misses these cues, “come here” always means the same thing, whether the speaker is smiling and extending her arms for a hug or frowning and planting her fists on her hips. Without the ability to interpret gestures and facial expressions, the social world may seem bewildering.

An autistic person may also lack ability to understand things from another’s perspective, making them unable to comprehend or predict other people’s responses to their own actions. Some people with autism also might have difficulty regulating their emotions; they may tend to be physically aggressive or have a lack of impulse control, particularly when they are frustrated or in an overwhelming environment. They may throw things, break things, pull their hair, and hurt themselves or others.

Without meaningful gestures or the language to make simple requests, people with ASD are at a loss to let others know what they need. As a result, they may simply grab what they want or scream. Until they are taught better ways to express their needs, ASD children do whatever they can to get through to others. As people with ASD grow up, they can become increasingly aware of their difficulties in understanding others and in being understood. As a result, they may become anxious or depressed.

Autistic children tend to be incapable of accurately taking in sensory perception or merging the stimuli into a coherent picture, leading to a baffling experience of the world. Many children with autism are highly attuned or even painfully sensitive to certain sounds, textures, tastes, or smells. Some children find the smell of a certain food cooking so distracting that it becomes their entire focus. For others, a gentle pat on the head may be terrifying. Some sounds—a vacuum cleaner, a ringing telephone, a sudden storm, even the sound of waves lapping the shoreline—will cause these children to cover their ears and scream.

For a diagnosis of autism, problems in at least one of the areas of communication, socialization, or restricted behavior must be present before the age of 3. The diagnosis requires a two-stage process. The first stage involves developmental screening during checkups; the second stage entails a comprehensive evaluation by a multidisciplinary team.

Parents may notice their baby seems different from birth, unresponsive to toys and people or focusing intently on one item for oddly long periods. Yet autistic signs can also turn up in a toddler. Several screening instruments have been developed to quickly gather information about a child’s social and communicative development within medical settings. Among them are the Checklist of Autism in Toddlers (CHAT), the modified Checklist for Autism in Toddlers (M-CHAT), the Screening Tool for Autism in Two-Year-Olds (STAT), and the Social Communication Questionnaire (SCQ; for children 4 years of age and older). Some screening instruments rely solely on parent responses to a questionnaire, and some rely on a combination of parent reports and observation. Key items on these instruments that appear to differentiate children with autism from other groups before the age of 2 include pointing and pretend play. During the last few years, screening instruments have been devised for Asperger’s syndrome and higher-functioning autism. The Autism Spectrum Screening Questionnaire (ASSQ), the Australian Scale for Asperger’s Syndrome, and the Childhood Asperger Syndrome Test (CAST), are some of the reliable instruments that identify school-age children with Asperger’s syndrome or higher-functioning autism. These tools concentrate on social and behavioral impairments in children without significant language delay.

One point that most professionals agree on is that early intervention is important; another is that most individuals with ASD respond well to highly structured, specialized programs. Treatment may also include medication as monitored by a medical professional.

Before you make decisions on your child’s treatment, you will want to gather information about the various options available. Learn as much as you can, look at all the options, and make your decision on your child’s treatment based on your child’s needs. You may want to visit public schools in your area to see the type of program they offer to special-needs children or having a shadow program. Which means a Behavioral Therapist shadows the child in a mainstream school setting. This is exactly what I do for a living and have seen all my children move onto to the next grade and remain in a mainstream school setting. In all my years of working in the school setting. California has one of the best programs to facilitate a child who has been diagnosed with Autism and can have one on one assistance from Kindergarten through-High school. This is from the insurance policies that again, California is the best in the USA for Autism Spectrum Disorder. To select the right treatment for your child, consider how successful the program has been for other children, whether staff members have training and experience in working with autism, how the activities are organized, how much attention each child receives, and whether the program enables the parent to continue therapy at home.

Three Major Therapists that are suppose to be the core team 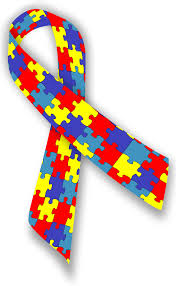 Working with a BCBA. Insurance pays for this right after diagnosis 2 years old until 18 years old. This is how intervention helps. Get your child this intervention immediately and you will have it all throughout school years. California, Colorado and the Pacific Northwest are really the ones leading the way with this specific type of technique and assistance. Move if you have to these states and get your child the correct professional treatment for behavioral intervention.

(ABA), Applied Behavioral Analysis which has been around for more than 50 years. It is a highly structured, scientific approach that teaches play, communication, self-care, academic and social living skills, and can reduce problematic behaviors. There is plenty of research showing that it improves outcomes for children with autism.

The basic core of ABA is that we can break down skills into component parts and, through repetition and reinforcement, encourage learning. The approach relies on observing a situation and defining what would benefit a child, even when he or she may still be focused elsewhere. Through ABA we choose to teach them skills because we recognize their long term value. Yet behavioral therapy, as time intensive as it may be, remains the foundation of skill building for most children with autism.  For any child with autism, when skills appear behind peers or behavior remains disruptive, reconsidering the amount and type of behavioral therapy received is a fundamental first step towards a solution.

Surfing is Fun, Fun, Fun
Watermelons are a great summer fruit for everyone especially for children to enjoy. They contain loads of essential nutrients and are storehouses of nutrients.
💛💛💛 The Benefits of Doing Cobra Pose Every Day!!
TONIGHT✨ Happy Full Moon in Aquarius. 🌕
The beach is my happy place no matter what mood I might be in. Time by the ocean is like getting a hug from your best friend who knows and loves you, and always leaves you feeling better than before. #mosscovebeach #california #thursdaythoughts
Yoga Connects You with Your Body