New Horizons epic spacecraft made its historic flight through the Pluto system – providing the first close-up images of Pluto and its moons and collecting other data that has transformed our understanding of these mysterious worlds on the solar system’s outer frontier. 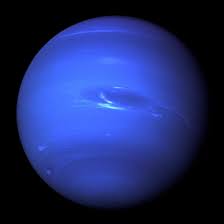 Scientists are still uncovering data that New Horizons recorded and sent home after the encounter. July 14th, yesterday, on the two-year anniversary of the flyby, the team is unveiling a set of  detailed, high-quality global maps of Pluto and its largest moon, Charon.

Pluto who rules the zodiac sign of Scorpio touches upon a special regeneration for all Scorpions and Pluto’s moon Charon is a remarkable world in its own right, sporting a unique red cap and an enormous canyon called Serenity Chasma, which is more than 1,000 miles long and, in places, twice as deep as Arizona’s famous Grand Canyon. New Horizons revealed for the first time how that Pluto is a complex and mysterious world.